The ‘Flight of Peace’ sculpture is a symbolic remembrance of the gallant American servicemen based at RAF Bury St Edmunds (nowadays known as Rougham airfield) during the Second World War. These men prepared, maintained and flew B17 Flying Fortress Bombers on countless raids over enemy territory and contributed, in no small part, to eventual lasting peace in Europe.  These aircraft were part of the United States of America's 8th Air Force, based in Europe. Their tail fin insignia was significant and provided ready identification of the base location of each aircraft - those that were part of the 4th Bombardment Wing had a square background to the insignia and the aircraft of 94th Bombardment (H) Group, which was based at Rougham, had the letter ‘A’ in the centre of this square. 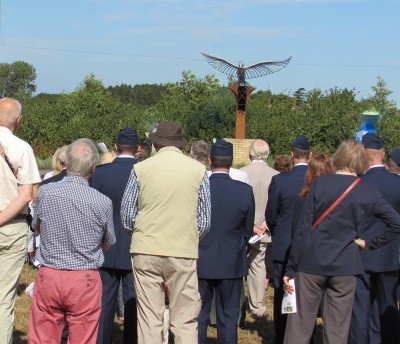 The sculpture represents the 94th Bombardment (H) Group's insignia and comprises a double skin of Corten steel plate measuring 2 meters square with the letter ‘A’ cut into each skin. The top corners of the square are peeled apart and from this emerges a dove of peace. The dove is an open, minimalist structure of stainless steel rod. The sculpture is about 3.8m high and is mounted on a one meter high brick plinth, measuring 2.5m by 1m. The landscaping of the roundabout represents the United States of America's five pointed white star in a blue circle. The star is planted with ‘white’ grasses together with white flowering plants and is surrounded with loose ‘blue’ slate.

There will be an information board, explaining the significance of the sculpture on the foot path next to the roundabout, and eventually the sculpture will be illuminated at night.

The idea for this project was conceived by Town Councillor Clive Springett and has been achieved in partnership with Bury In Bloom, St Edmundsbury Borough Council and Taylor Wimpey.  The sculpture was fabricated by Designs on Metal.

The sculpture was officially unveiled on Monday 12 September 2016.  Following speeches by Cllr Clive Springett and the Mayor of St Edmundsbury, Howard Cook, a member of the project planning team, flew over the sculpture in an ex-RAF de Havilland Chipmunk and shortly afterwards 17 white doves and blue pigeons (a bird which played an important part during the war - more to follow) were released.  All those attending the unveiling were invited to a tea party hosted by Rougham Control Tower Association with sweet treats kindly provided by ICE (Infusions Culinary Experience) Rougham Industrial Estate, Rougham. 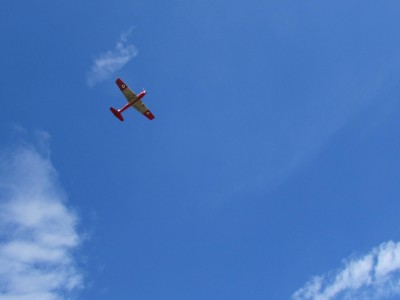 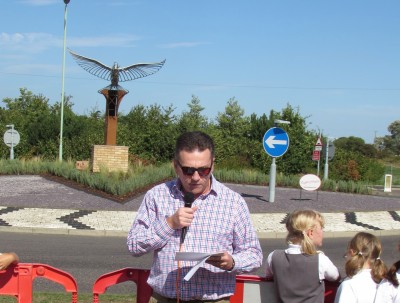 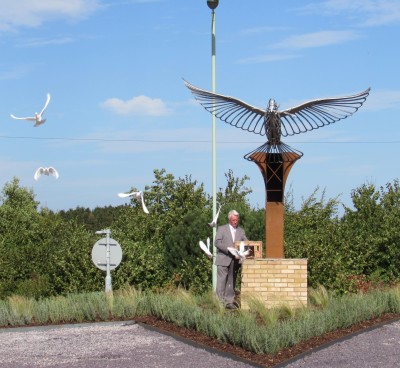 Council contributed £2,000 towards 'Our Liberty‘, a significant and lasting memorial to Bury St Edmunds’ 800-year link to the Magna Carta which was unveiled in the Abbey Gardens on 6 February 2016.  Designed by a Suffolk artist, the feature uses original Abbey stone, bronze and steel and follows 2015's international 800th anniversary.

The Magna Carta, or the Grand Charter, is the template upon which many legal systems throughout the world have been drafted (hence the Town's motto Sacrarium Regis, Cunabula Legis - Shrine of the King, Cradle of the Law – the king being St Edmund.