'Citizen of the Year' 2014 was awarded jointly to Ron Day and Suzy Clifford. 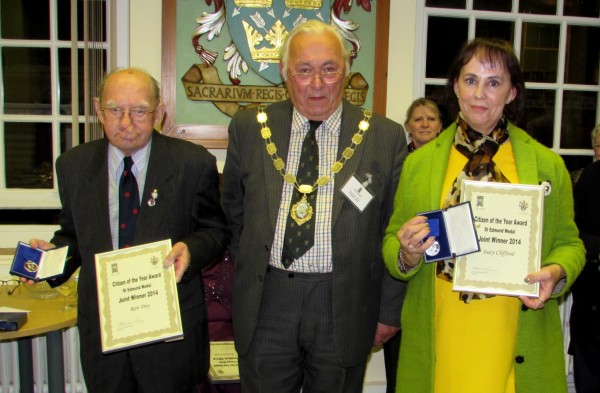 Ron has been a hard working member of the Bury St Edmunds branch of the Royal British Legion for some 55 years. During this time he has played a large part in raising thousands of pounds for the Legion each year, particularly during the Annual Poppy appeal and has been involved in the Ceremonies of Remembrance at the various War Memorials in the Town.

'Young Citizen of the Year' 2014 was awarded to Laurence Chappel. 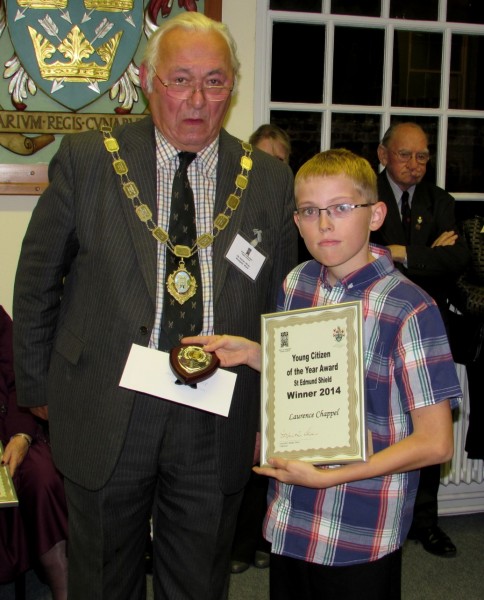 Nominated by his Mum, Laurence is a model pupil who is an active member of several clubs including cricket, basketball, badminton and guitar. Outside school he goes to Scouts, plays football for Bury Town and has just been chosen to play Badminton for Suffolk. He also helps his Mum with household chores.

Grateful thanks are extended to the following: